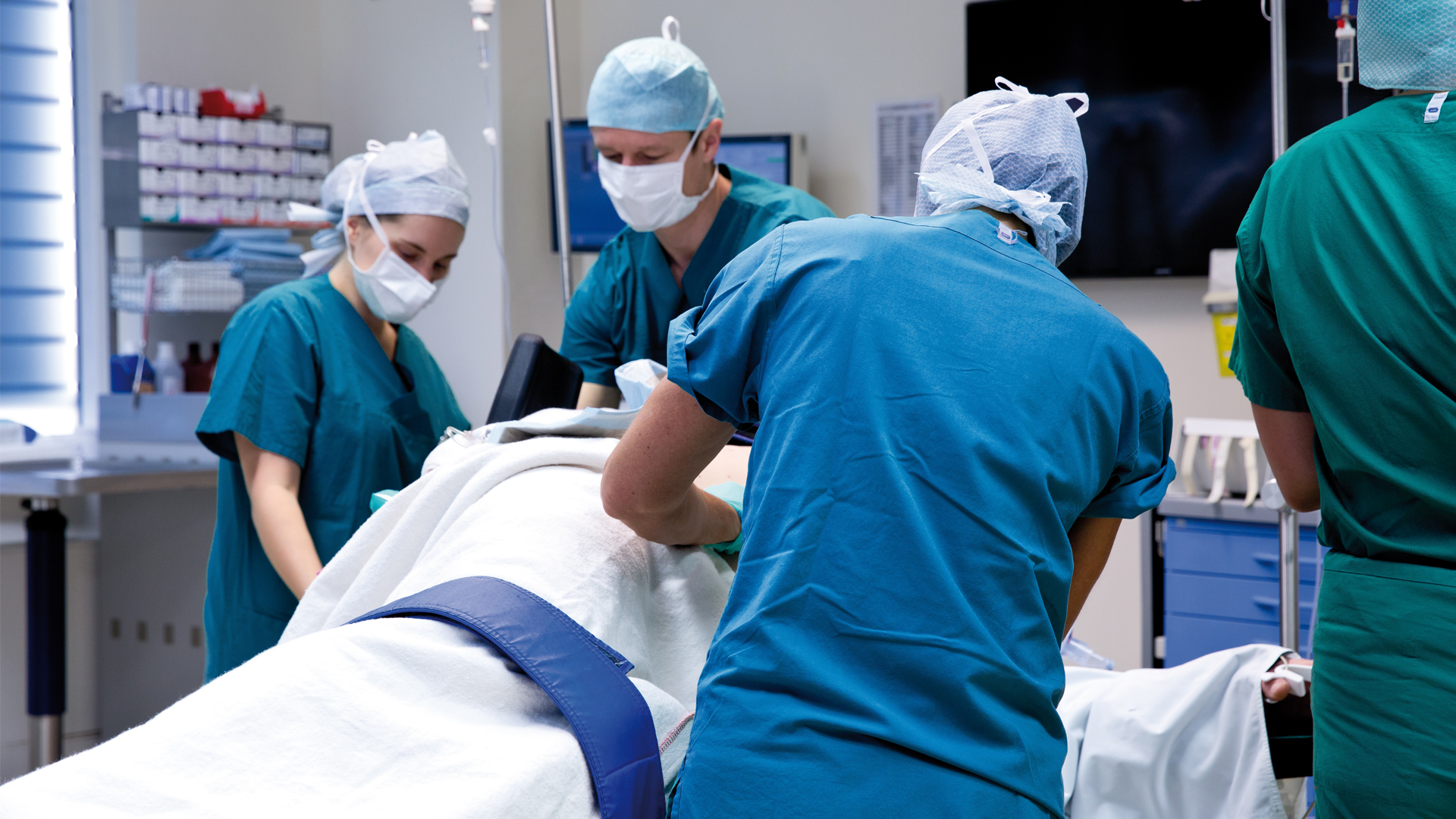 The current trend in surgery leads to an increasing technological development. In 2019, approximately 1.2 million surgical procedures were performed robotically. However, today's systems are directly controlled by the surgeon and do not offer any active support. The increasing expectations and demands on the surgeon lead to a significant increase in cognitive workload and psychological stress, which consequently increases the risk of severe mistakes. Therefore, the increasing workload of the surgeon must be counteracted to minimize the risk of these severe mistakes.

Under the research question - To what extent is robotic autonomy feasible in laparoscopic surgery and how can a possible interaction between surgeon and (partially) autonomous robotic system be designed? - a reciprocal system strategy for a semi-autonomous robot system was developed, which actively supports the surgeon during a procedure by providing support functions.

The aim of the reciprocal system approach is that human and system develop together and thus increasingly complement each other. This requires reciprocal learning, both by the surgeon and the system. An initially mostly manual control of the system allows the surgeon to get to know the system, its functions and its usage first and thus to build up an understanding of the system. During this phase, the system is intended to learn the surgeon's habits, action patterns and intentions in order to implement them in the increasingly autonomous execution of actions and thus support the surgeon in his interest through active cooperation. According to the current state of development of the surgeon, the robotic system adapts the level of autonomy, which changes over three levels.

This strategy differs significantly from previously known machine learning approaches due to the reciprocity of learning, since the learning and development process is now no longer solely performed by the system, but also by the surgeon. This allows the surgeon to create a basis of transparency and acceptance for further cooperation with the robot system.

In order to demonstrate the functionality of the system and the reciprocal human-machine-interaction, the task areas navigation and endoscope guidance were exemplarily selected and their different autonomous support functions and the respective interaction sequences were visualized and explained in different simulated scenarios. 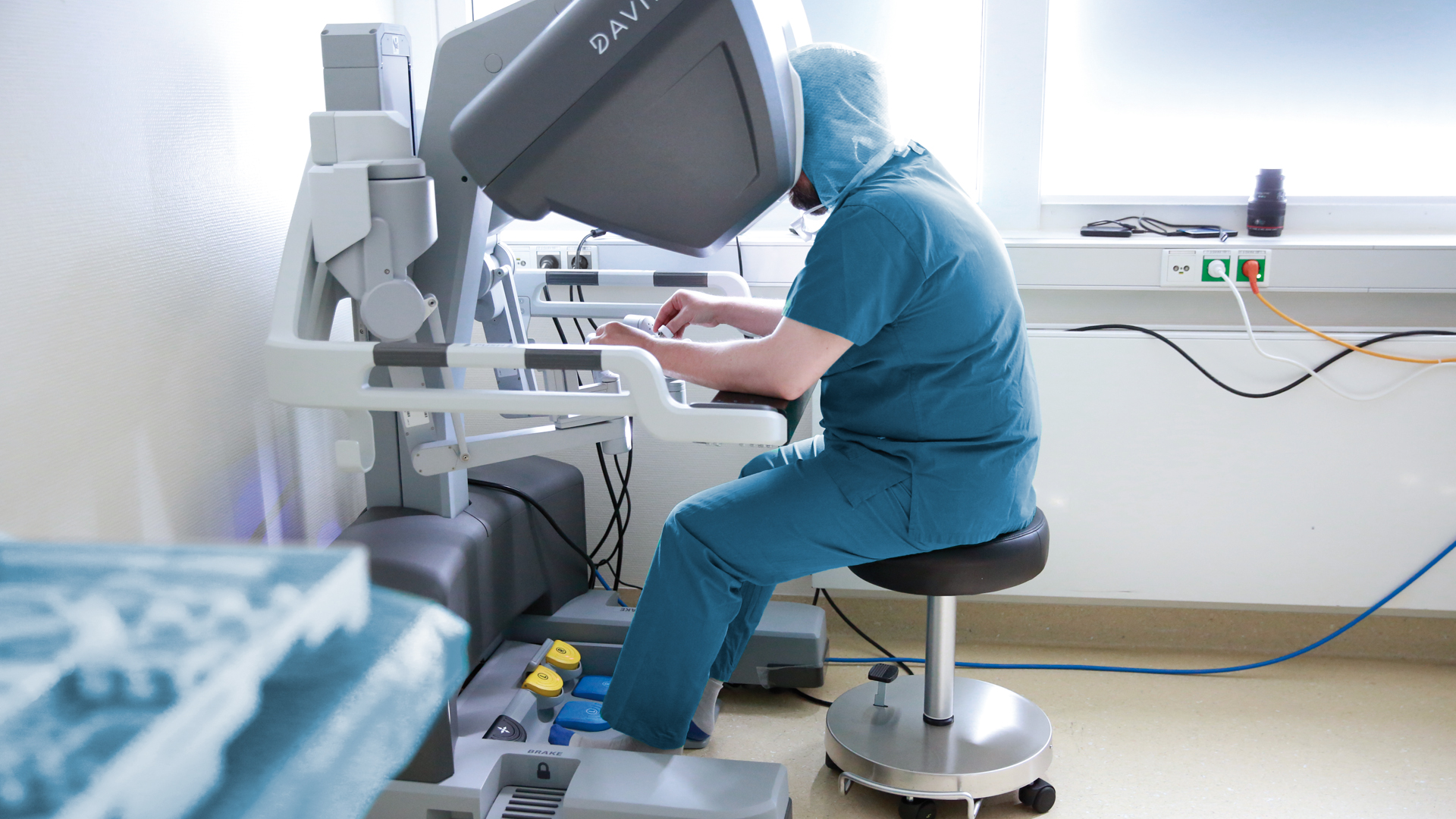 Current systems, such as the Da Vinci from the company Inutitive Surgical, are controlled directly by the surgeon using a control console. 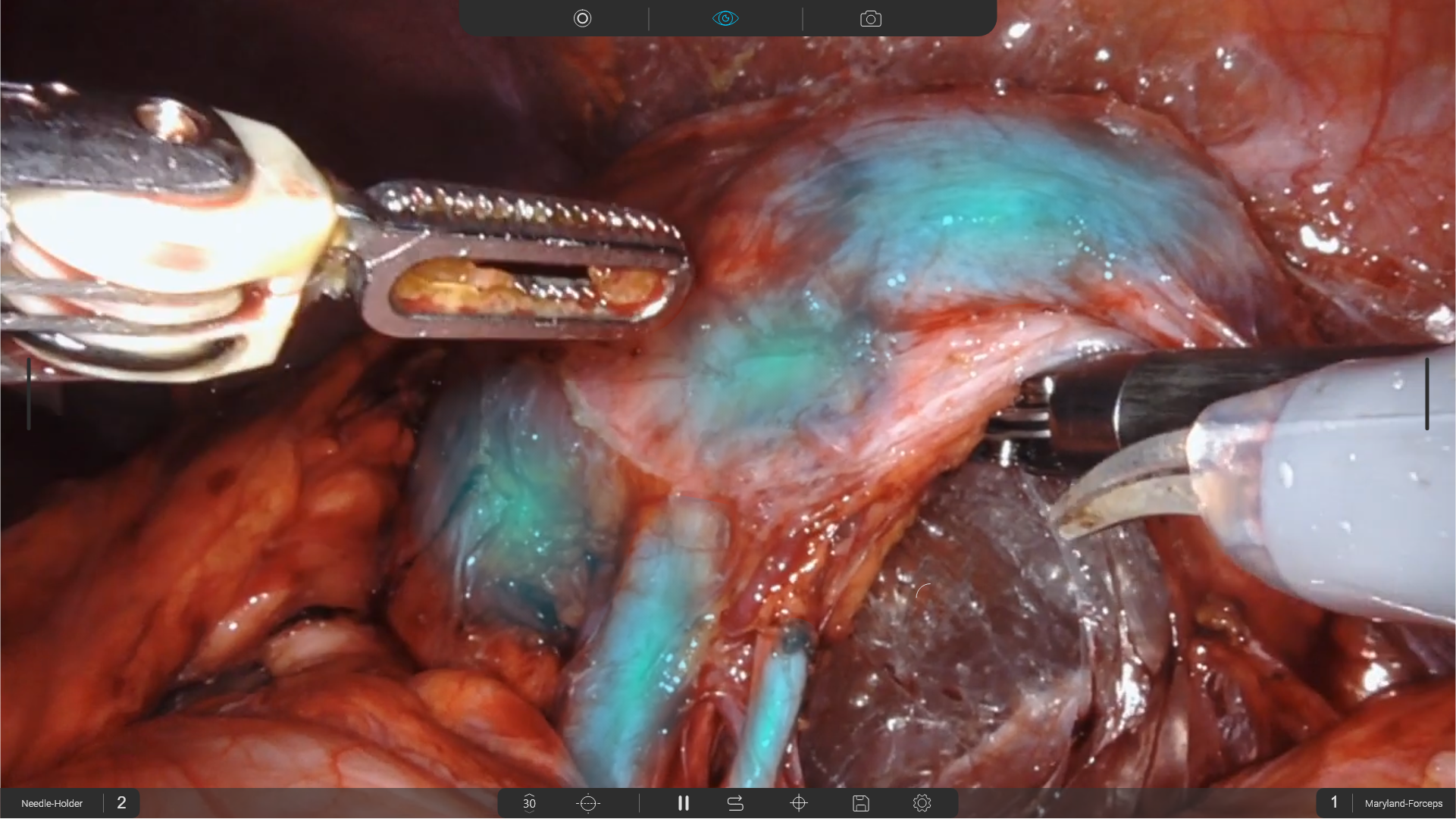 The system allows different visual overlays such as fluororescence imaging to help the surgeon with his orientation. 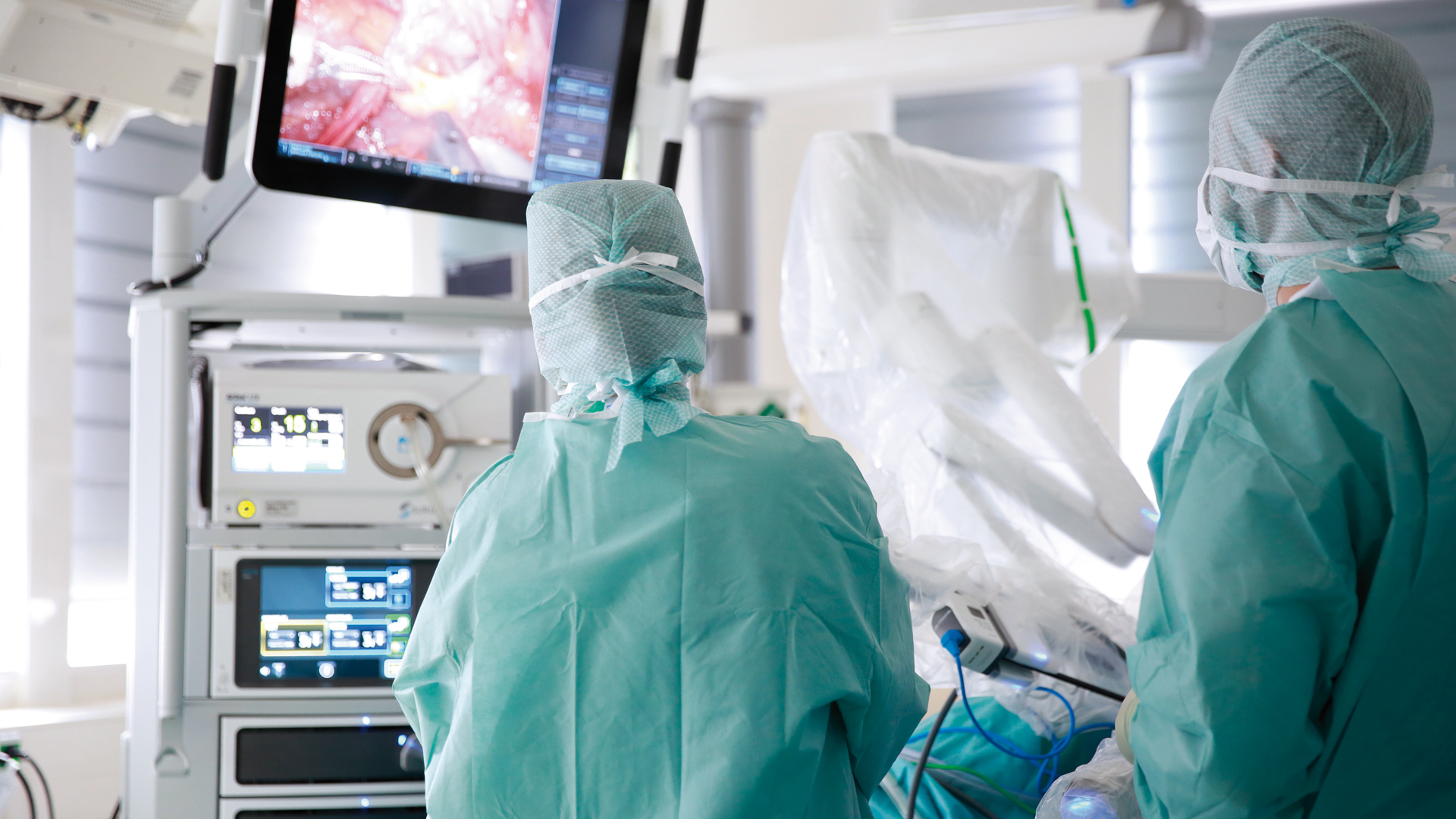 The surgical team, assisting the surgeon, follows the procedure on a screen. 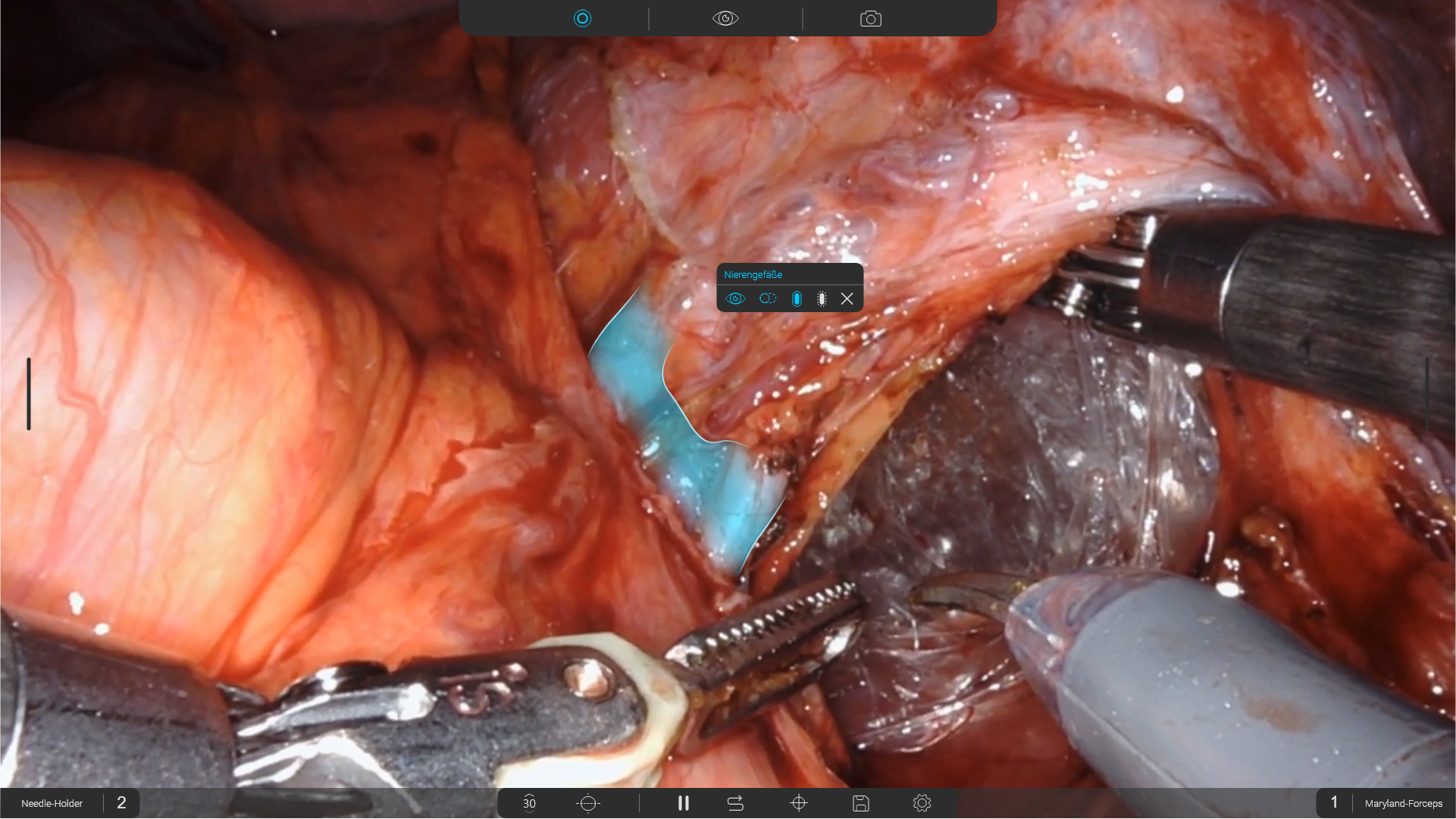 A further virtual overlay allows marking and converting specific structures into a "no-go area" which then protects the structure from unintentional contact or injury. 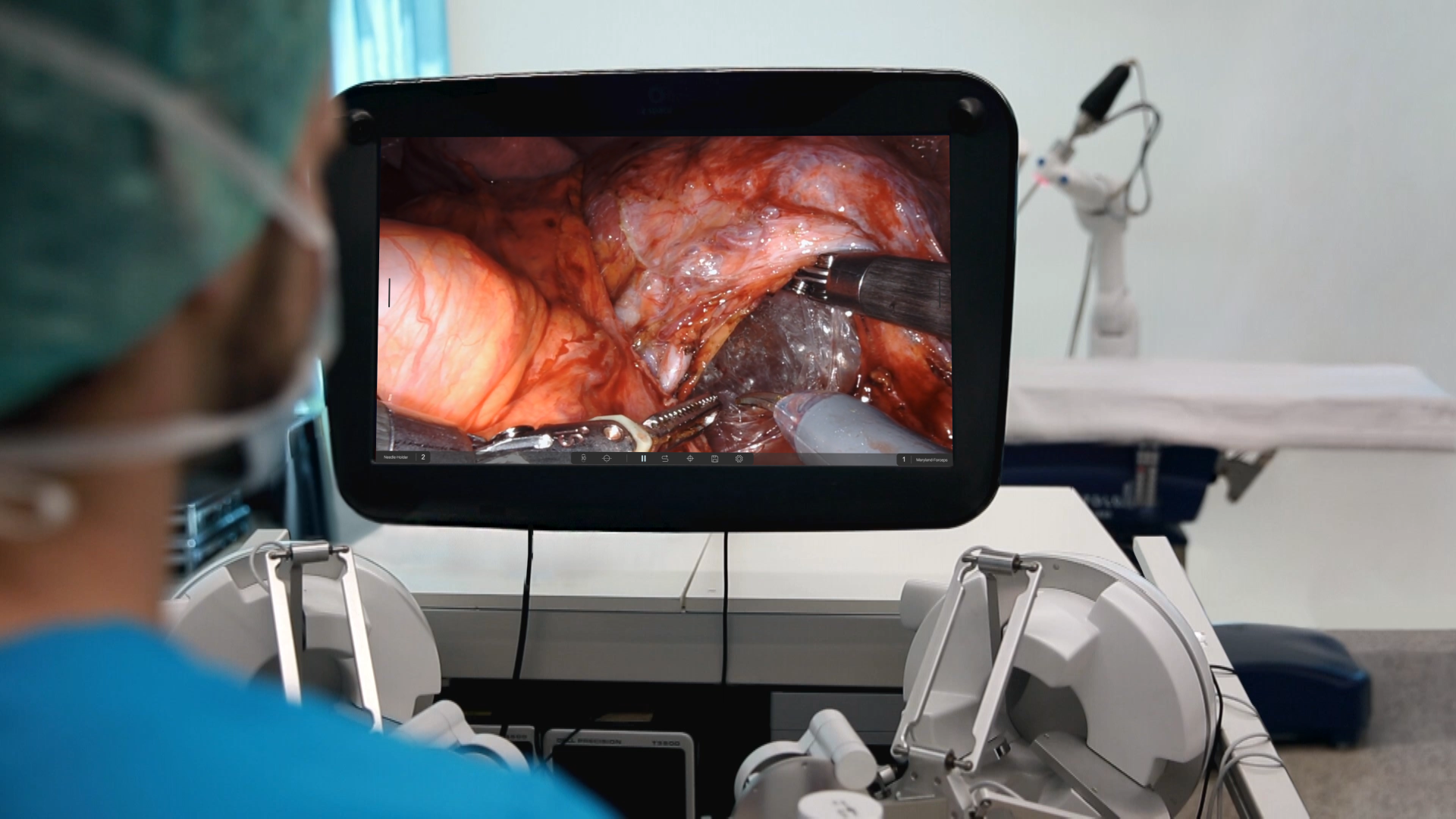 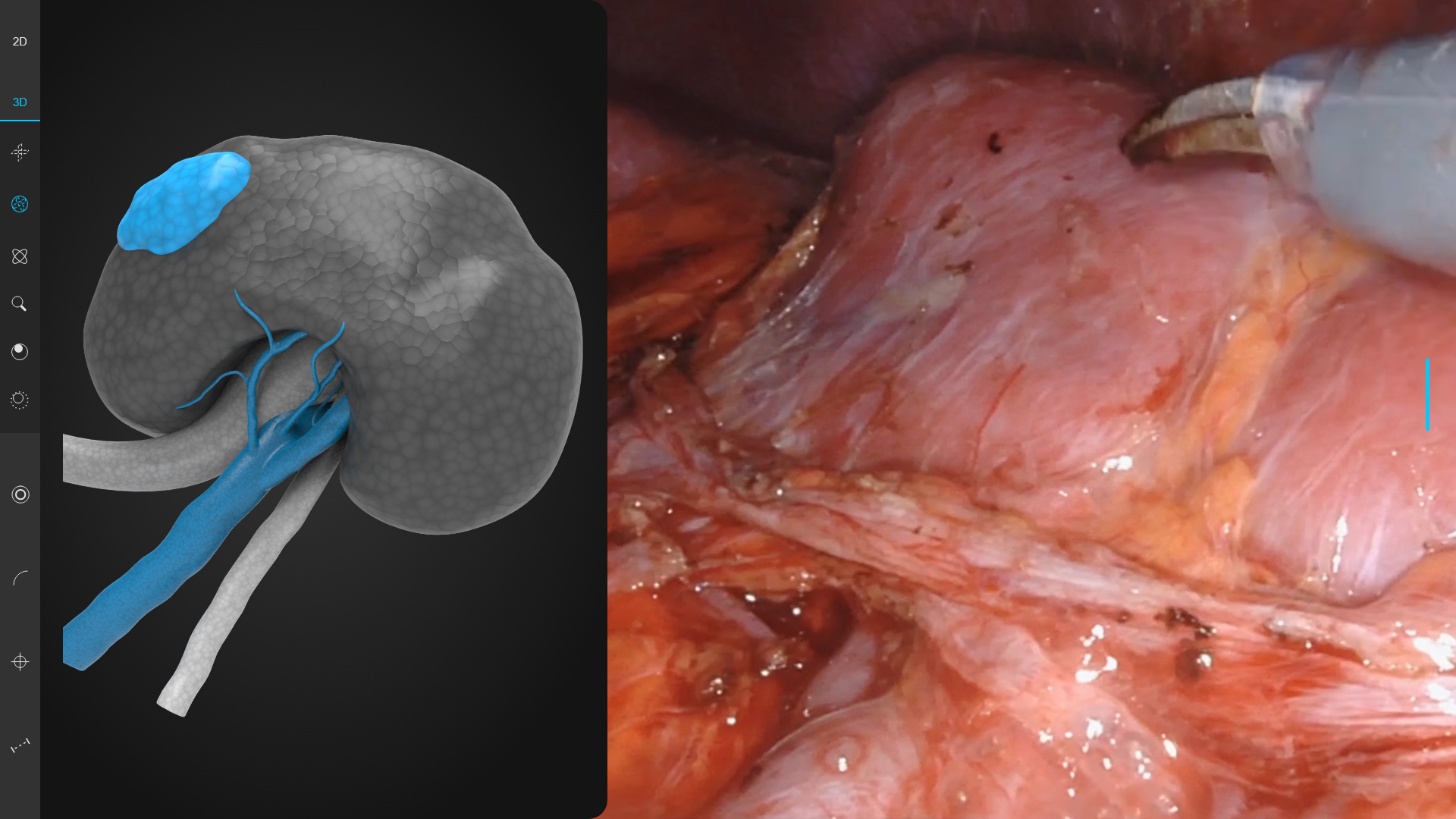 The integration of preoperative image data improves the performance of an intervention. By comparing the real and virtual situation, the 3D model can be roughly aligned with the real intervention situation, thus facilitating orientation and planning. 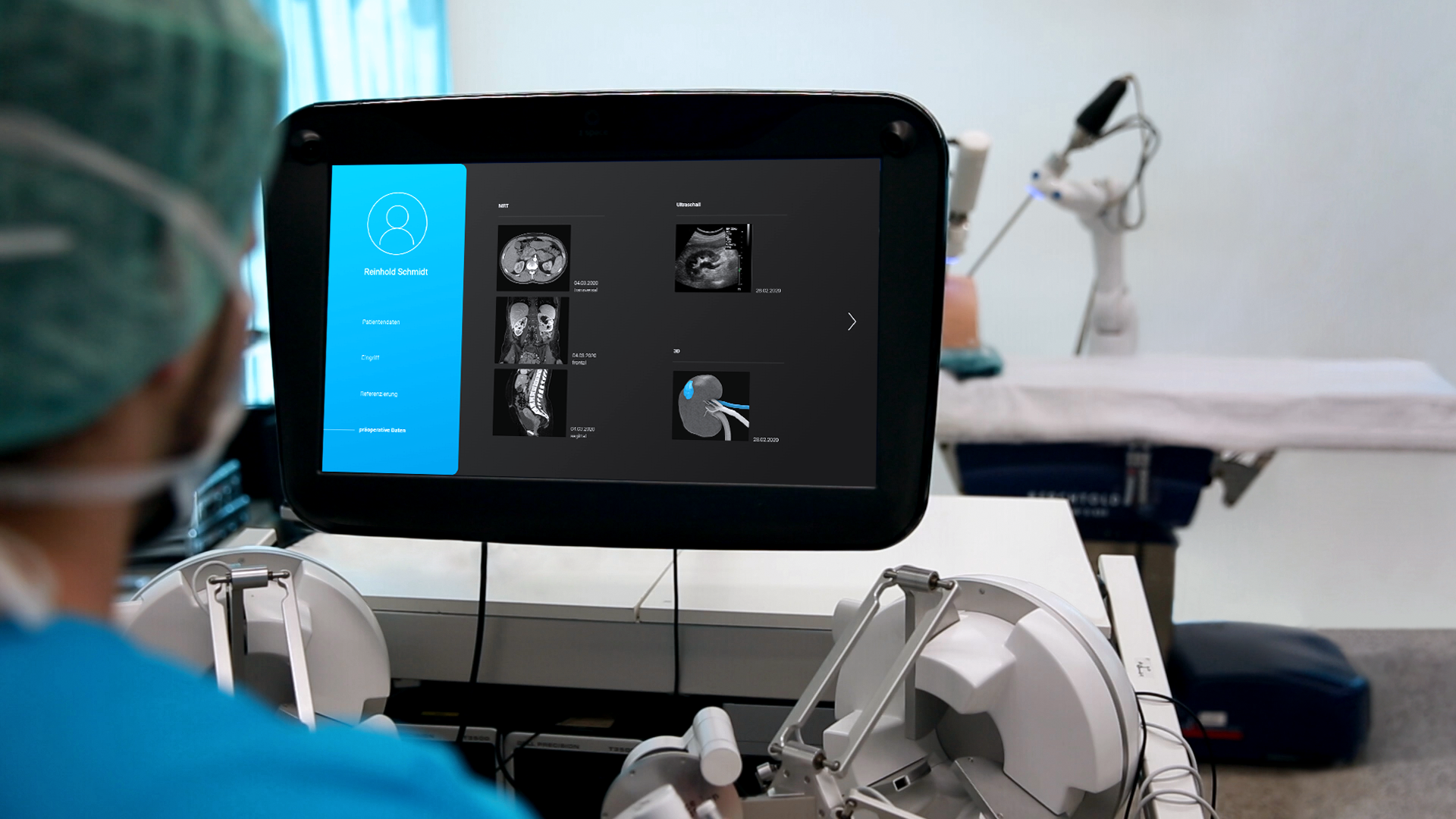 The integration of preoperative image data improves the performance of an intervention. By comparing the real and virtual situation, the 3D model can be roughly aligned with the real intervention situation, thus facilitating orientation and planning.
Course
Supervisor
Topics
 